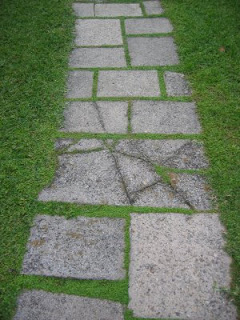 I grew up in the Southern Baptist Church. When I was in elementary school, I read a book, Her Own Way, about a missionary to China, Lottie Moon. I loved that book and read it over and over and decided that I, too, was being called to be a missionary. That was the only serious option for church work in the 60’s for girls in the Baptist tradition. But the discernment was correct–I was being called to be a missionary, but not in anyway I could have imagined then.
I joined the Episcopal Church in the late 70’s during the great Book of Common Prayer of transition. I fell in love with God and became very active in my little mission church. In the early 80’s, while I was attending a Bible study, I heard an Inner Voice saying quite clearly, “You will be a deacon.”
Thus began the twists and turns of seeking ordination in the Episcopal Church. My diocese did not have an active (permanent/vocational/perpetual/real) diaconate. I floundered around for several years trying to figure out what God had told me to be and to do, and I did finally end up as a postulant for Holy Orders, the first ever in my diocese seeking ordination as a deacon. But midway in seminary, the Holy Spirit did another twist, and after a weekend of prayer and tears, I knew that something had shifted inside of me, and my call was to serve as priest.
The bishop was delighted at my change of heart (he didn’t see any value in an active diaconate), and I was ordained a priest in the early 90’s.
To add to the surprise and wonder, one day, early in my priesthood, my then-husband Jay, who was not prone to receive prophetic messages, came in from mowing the yard and said, “I just heard the strangest thing, if heard is the word I can use. You are going to be a bishop.” We had a very good laugh over that, and I forgot all about that conversation until a few years ago when I was asked to run for bishop in my home diocese.
I declined but over the next few years kept getting nudges and suggestions. Which is the roundabout way that I’ve ended up a candidate for Bishop in Connecticut.
One more word about that call to be a deacon.
In the 2000’s, my diocese got a new bishop who was passionate about an active diaconate. He and I had served on the Commission on Ministry together and knew that I shared his passion for the diaconate. There was probably no other priest in our diocese who knew more about the diaconate from all that study and pondering I’d done back when I was trying to figure out what God was calling me to do. My bishop made me chair of the task force that became the committee creating an active diaconate in my diocese. It was the most difficult task I’d ever done for God, and that we were able to accomplish that mission in such a short time is more a testimony to the power of the Holy Spirit than any ability on my part.
What preposterous or unlikely thing has the Spirit led you to do?