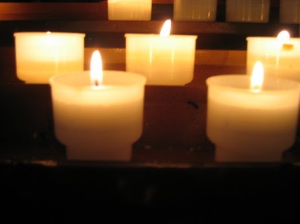 My friend The Rev. Sue Scott died earlier this week after a longtime battle with cancer. Her Burial Eucharist was today at 2.

I first met Sue when we were students in seminary, both of us seeking ordination. In Sue’s very remarkable life, she was ordained in the Southern Baptist tradition, no small task for a woman. She went on to earn her doctorate and initially expressed her ordained ministry primarily as a pastoral counselor and hospital chaplain. Emotional and spiritual healing of families and individuals was her passion.
Sue was diagnosed with cancer and during a time of remission became an Episcopalian. She and was eventually ordained an Episcopal deacon, then priest. It was right after her ordination to the priesthood that her cancer became active again. I have an image of all those holy hands being laid on her making her a priest in Christ’s Church and unbeknownst, as the Spirit will do, bestowing God’s healing, too.
Her cancer was once again in remission, and she served as a priest until last fall when her cancer once again lifted its final ugly head. Our bishop, Andy, writes eloquently of what may have been Sue’s last celebration of the Holy Eucharist.
Sue loved her family dearly, most especially her husband, children, and grandchildren as well as her family in Christ, and we loved her back with the same great affection.
I know Sue’s soul rests in peace. May God’s comfort and care be with all of those of us who miss her so dearly.