I’m now seated at Atlanta Hartsfield airport in the beautiful new Terminal F waiting for my plane to Glasgow via Amsterdam. It’s the third trip of my Sabbatical–destinations are Isle of Iona and Lindisfarne (Holy Island).

I’m going with my new camera (birthday present from my mom). Somewhere in the air between Tel Aviv and Newark I realised that I didn’t have my pretty blue camera, dented as it was from too many drops. As upset as I was about the loss of the camera, what I was really upset about was the loss of three camera cards full of pictures. I was especially upset because when I went to Turkey seven years ago, my camera was stolen and all photos were lost. Not again!

I knew the last place I’d used it (getting coffee at Aroma with my brother). As soon as I landed in Newark, I began working out how I could locate it. Many, many, many emails and many, many, many (unanswered) phone calls later by me and two other dear people, I connected with the right person who could tell me that my camera had been found.

The next challenge was finding someone who could go to the Tel Aviv airport to fetch it for me (no mailing available). Thanks to my brother, a friend of a friend is coming to Houston via Tel Aviv around the first of November and will bring it with her. I can certainly wait!

I am thankful beyond measure that this fervent answer to prayer was a yes.
Thanks, God, and whoever found my camera and turned it into lost and found. Abundant blessings be upon you. 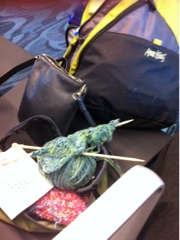