Last weekend I flew to Phoenix for our soon to be curate, Katie Churchwell’s, ordination to the priesthood. It was in her home parish, St. Peter’s, Litchfield.

The ordination was part of St. Peter’s regular 5 PM Saturday worship with an Advent wreath, O come O come Emmanuel, and a warm welcome. The music was St. Peter’s usual praise music.
It was a service filled with joy.

I sat with Katie’s husband, Logan, and baby daughter Addison, who was one of the youngest presenters ever. It was such a gift to spend the evening with those who love Katie so very dearly.

I usually know our curates very well having journeyed with them through the three year plus Commission on Ministry process. Katie’s ordination was only the second time I’d met her.

It could only be a God-thing that had this Diocese of Arizona deacon move to Houston to a subdivision near St. Mary’s.
Our Canon to the Ordinary ran into her at Sunday worship at another church and less than two hours later (apologizing because I’m on Sabbatical) called to ask if St. Mary’s wanted a curate–and a Quin grant to help pay her. After meeting Katie for a long chat at Starbucks a few weeks later, it was a yes.

Since I didn’t have to be anywhere on Sunday, it was a gift to be able to fly for an overnight in Phoenix.

Two weeks from tomorrow, I’ll return to St. Mary’s bringing a new priest back with me. But first I’ve got to go to Bend to be with my grandsons for Christmas. I’ll be meeting Jonas in a few short hours. And in the miracle of wireless and iPhones , I’m blogging this from over 10000 feet in the air. 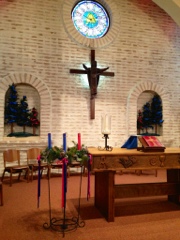 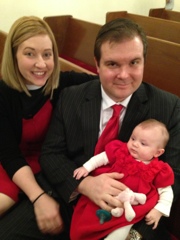 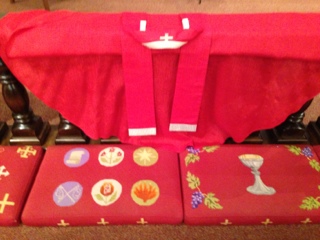 2 thoughts on “A quick Phoenix lark”