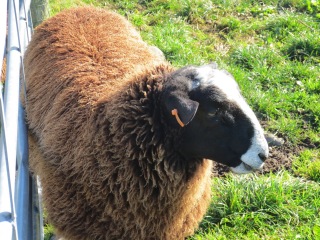 This Friday will mark the twentieth anniversary of my ordination to the priesthood.  I’ll celebrate that day by chairing the committee which this week is interviewing eleven men and women who believe that they are called to the priesthood.  We only have spots for five postulants in next year’s seminary class, and I will spend the weekend on the phone with six persons telling them them that their call to the priesthood has not been affirmed.  It is one of my least favorite things to do in ministry.

I am especially mindful of the pain, disappointment, confusion, even anger this news can cause.  I’ve been told no three times in the past few years when I’ve allowed my name to be put forward as bishop.  The answer I’ve received each time is that I’m called to serve as a priest and to serve at St. Mary’s.  Returning from Sabbatical this month, each day I am more joy-filled that this is the place that is my home.

This will be the last year I will serve on the Commission on Ministry.  I among the last of a group who served before term limits.  This year will be my nineteenth year to serve, and I imagine that I have read well over two hundred spiritual autobiographies. It is very holy work.

This week is my last time to interview those hoping to begin the ordination process.  I am especially treasuring each of the eleven interviews I’ve done this past month.  It is the best ministry in the world to hear how God is working through ordinary yet extraordinary men and women.  I am paying special attention to these stories.

This anniversary week, I also served at a friend’s ordination to the priesthood.  I’ve known this woman for most of my twenty years of ordained ministry, before she was even an Episcopalian.  She worked with a dear friend, and through the twists and turns of the Spirit, I ended up being her sponsoring priest.

As I was talking with a friend after the ordination, she told me that she was struck by the fact that when Viki stood before the bishop for her examination, how she stood all by herself.   Yes, the congregation was full to the brim with people who loved her, but in the end, it was Viki.  All alone. Saying words that would change her life forever.

The Gospel we heard at Viki’s ordination were words from John 10 about Jesus being the Good Shepherd.  The preacher noted that all too often we clergy place ourselves in the place of the Good Shepherd and consider ourselves to be responsible for a flock of sheep.  We even use the word “flock” to talk about congregations.  The preacher said that the way she read the passage was that there was only one Good Shepherd, Jesus the Christ, and the best that all of us could ever be were sheep.  She reminded us that sheep, unlike cattle which are driven from the rear, are led by a shepherd we trust to follow.

It is true indeed that no matter how many sheep are with us on our journey, and I am very thankful to be with a huge flock of sheep, that in truth it is only us, one by one, following the shepherd.

At ordination, when I stood alone before the church and bravely said that yes, I was called to be a priest, I am not certain how clear I was that it was something that I could only do by following the one Good Shepherd. Perhaps the very best criteria we can have for being a priest is this:  Do you know how to follow and trust Christ alone?

For Viki, new priest in the Church, for the eleven men and women in the Diocese of Texas offering themselves to serve the Church as priests, and especially the six (or more) who will be told no, my heartfelt prayers are offered. May we all hear the voice of the Good Shepherd who always calls each of us by name, with love that carries us across all pastures green and not so green. 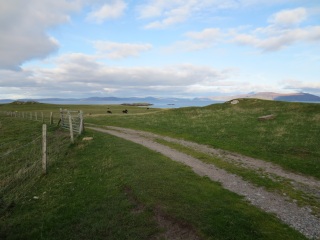