Since it never got beyond the 20’s and there were snow flurries all day, the labyrinth did not get walked to ponder hospitality yesterday.  God provided another prayer walk of reflection.

When I arrived at my morning session after not attending Eucharist, the two Sisters who were teaching were talking about the inspiring homily given by Sister Mary Luke.  Oh no.
Sister Mary Luke is the Sister to whom I am closest.  We have much history over the years since she visioned and began Women Touched by Grace of which I have been part since 2003. We women clergy have called her our priest, and she has a stole that is created from fabric given by each of us in the first WTBG class.
Not only had I missed Holy Communion, I had missed hearing the words of my sister and priest.
When I saw her later in the day, I told her of my disappointment and of my struggles with being welcome at the Roman Mass. She reminded me what she had been telling us Protestant women clergy since she met us–that we were very welcome at Christ’s Table always at Our Lady of Grace.  In fact, I recalled that the very first time I ever experienced a woman (Episcopal) Bishop presiding at Eucharist was in the Chapel of Our Lady of Grace eleven years ago at the first Women Touched by Grace communion service.
Today after Morning Praise I stayed for Mass.  Before the liturgy again, I heard a whirring sound as a shade descended over a large window above the door. This is the first day this week that we have seen the sun, and the sunlight streaming through the large window over the Chapel’s open doors was blinding dear Father Matthias.
And then we rose for the Gathering Hymn. A hymn which I know by heart because it is in the Episcopal Hymnal. It was written by a member of The Episcopal Church of the Redeemer in Houston, my home, and the tune is called…..Houston. The hymn was I want to walk as a Child of the Light.  I was welcome. I was home. 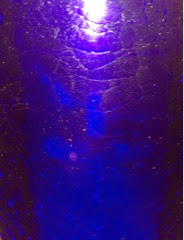 When we sang the Sanctus, the hymn before the Eucharist that connects us with the angels and all who sing praises to God in heaven, it was the same Sanctus, Land of Rest, that we sing at my home at St. Mary’s.  I am welcome. I am home.
As Father Matthias continued the words of the Eucharistic Prayer, he prayed words about unity and communion and for all clergy and for all faithful people. To God I am always welcome. To God I am always home. 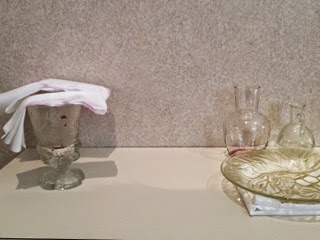 After the dismissal, I sat in silence in the chapel. I heard the whirring sound again. Sister Marie Therese was raising the screen. The sunlight poured in. 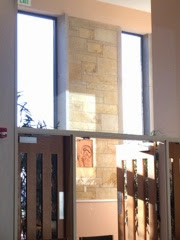