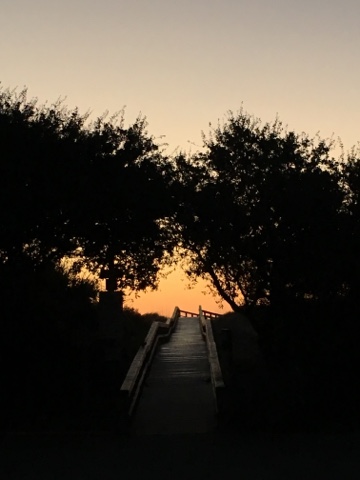 Several years ago when I was traveling in Turkey, my new digital  camera was stolen. A sister pilgrim had brought a back up film camera that she leant me. Rather than taking endless photos, I had to be very intentional about which moment to photograph. I found myself being a much more careful observer without a camera to “capture” the places I went.
As I walked to the beach this morning for the sunrise on Tybee Island beach, I remembered the words of Christine Valters Paintner who invites us not to take photographs but to receive them.
Here I was with my brand new iPhone in hand, bought particularly for my upcoming trip to Iceland with it’s reportedly improved camera.  Swirling in my head were other words from my friend, Meredith+, a gifted Episcopal priest, who invites those in her parish to refrain from taking photographs during worship because it’s difficult to worship through a camera.
As the sun rose in the sky, a handful of early risers gathered on the beach, all of us with our phones raised. 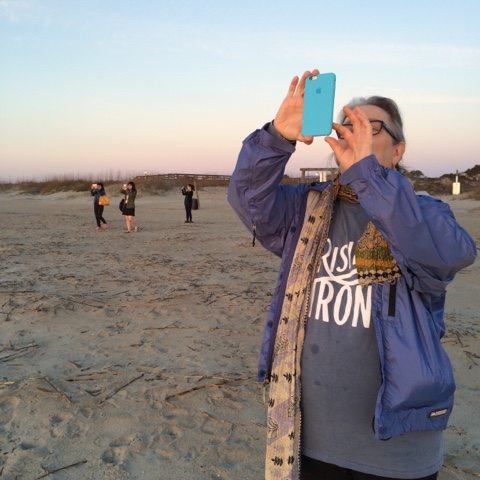 And then God stepped in. Our phones were lowered, and we began to chat. In the shared receiving of the spectacular rising sun, we began to share our lives. 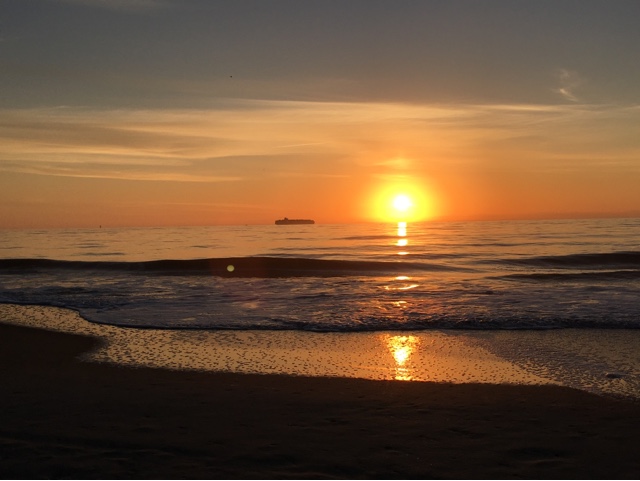 Three young women from China, attending college in North Carolina, studying to be teachers. A couple from Virginia on a road trip.  So many smiles. Photos exchanged and given. So much joy. So very much received. 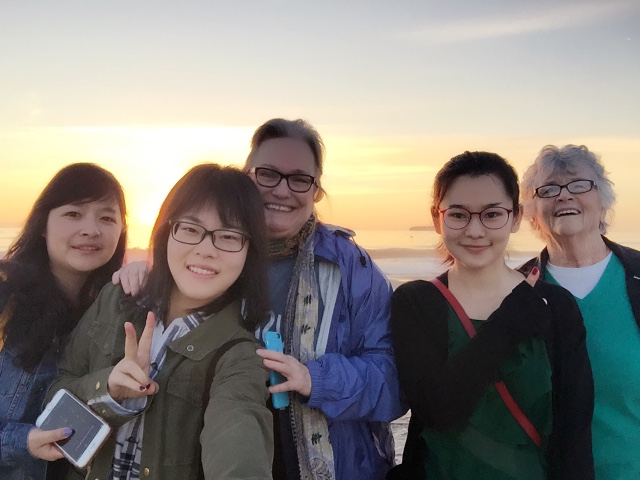