Christine Valters Paintner has been a spiritual companion for a number of years, although I’ve never actually met her. She is an excellent author and has a wonderful website, Abbey of the Arts, which hosts a number of online retreats. I’ve done several of her retreats, and I love the daily emails they offer, full of inspiration and wisdom.  One of the best part of those online retreats was that I could have a retreat sitting in my prayer chair in my prayer room in the rectory or wherever my travels took me. 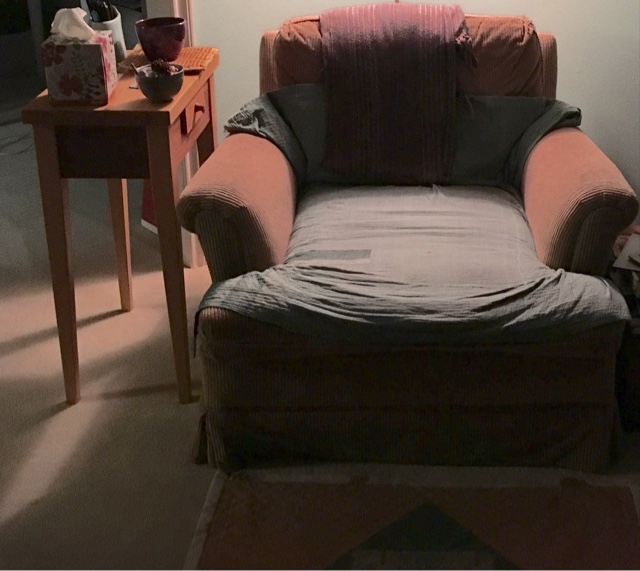 I purchased an online retreat to use for the season of Easter, and had only done a few lessons when the flood changed my everyday life. I’ve decided to pick up where I left off during this retreat in the mountains. The Abbey of the Arts retreat is self-paced, so I could begin again and continue at my own rhythm.

Beginning on the third week of the eight week retreat,  I reread the first two day’s reflections. Today is the day that the artistic responses for the week’s theme begin–something I’ve done half-heartedly, at best, the other times I’ve participated in Christine’s retreats.  This time I’m going to do it all.
This day’s lesson was an invitation to take a contemplative walk, and then to receive photographs that led into a deeper meaning of the week’s theme of peregrinatio (a word for a practice of monks to embark on a journey with no plan or destination; it represents a spiritual practice of releasing all that is familiar and to make oneself reliant on the hospitality of strangers, and thus to experience a radical dependency on God). 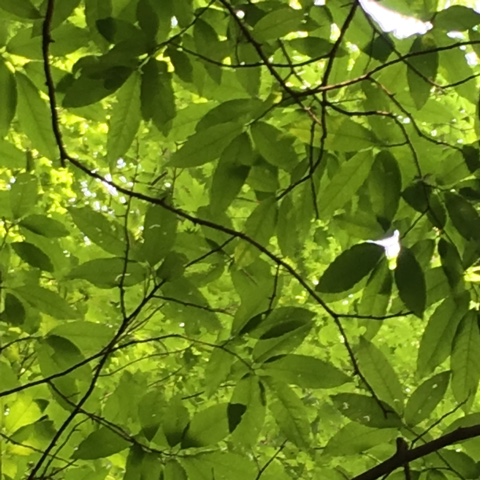 I walked to the bench in the woods that has become my prayer bench and did centering prayer. Then I began to walk. My host has created a series of paths through the woods, and I came to a place where three of the paths met. One path led back to the prayer bench, one led to the house, and the third led to the grandchildren’s treehouse and on to places yet unexplored.
As I pondered the choice of paths and what they represent, I was particularly drawn to the treehouse path. I was mindful of my Benedictine oblate vows of a balanced life which includes prayer, study, work, and recreation. I was aware, except for my time in Iceland, since the flood there had been little play in my life. 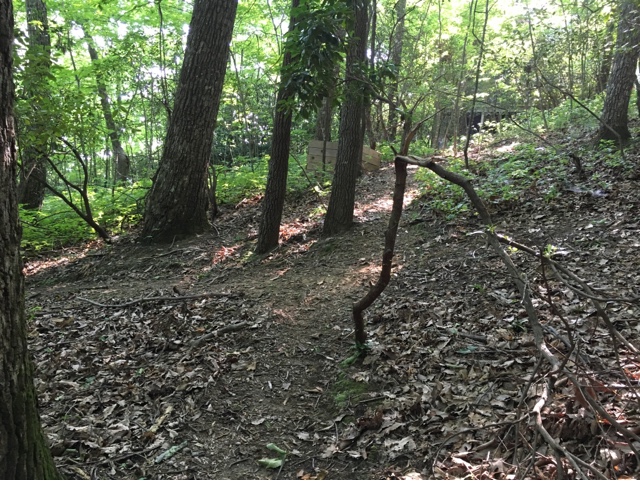 So my friend and I took the play path. We drove to North Carolina (less than an hour’s drive), had a picnic lunch, went to a movie, and then visited a museum. We closed our afternoon of play with a walk on the labyrinth of a nearby country church. It rained off and on all afternoon, and we had no umbrellas; what better way to play than walking through the rain?  The path of play was capped with s’mores after dinner. 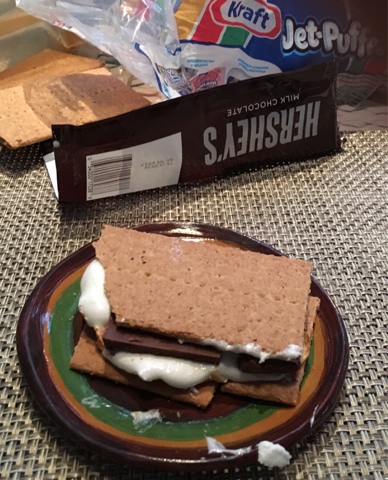 Today is my twenty-fourth anniversary of my ordination to the transitional diaconate.  I had forgotten completely until my friend reminded me after dinner.
One of the things lost in the flood was my prayer chair. The chair was given to me by friends when they downsized fifteen or so years ago. I had prayed and studied Scripture so often in that chair that I only needed to sit down on it’s worn cushions, and I was close to God. It is where I would sit whenever I had to make difficult phone calls. It is where I wrote sermons. It is where I could simply be myself with God.
During the clean out after the flood, the chair was tossed with all of the other destroyed items in a pile on my front lawn. It landed upside down. It was only then that I could see that the lining on the bottom of my prayer chair had ripped into the shape of a heart. 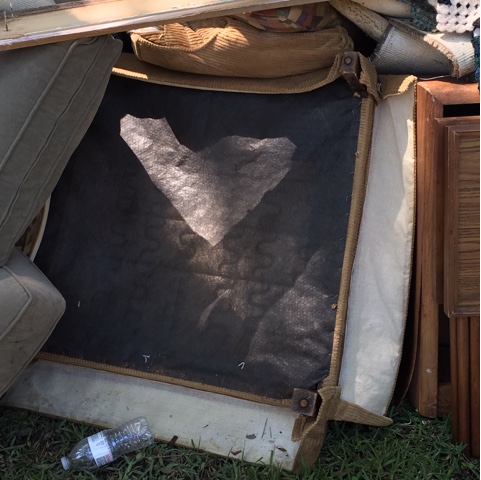 The chair, the path, the twenty four years–I have so much still to discern and figure out, but I know that Love is there.