Today was a travel day. We packed up and began the road trip from Akureyri to the Westfjords.

When my friend and I had to do a little reorganizing of our trip due to Hurricane Irma, we had to choose which places we wanted to see most. After a lot of research, we decided to go to the Westfjords, a remote and even more wild corner of Iceland.

We began the five hour trip knowing it would take us far longer. As always, there were many stops for photographs, walking, painting, and even ice cream. 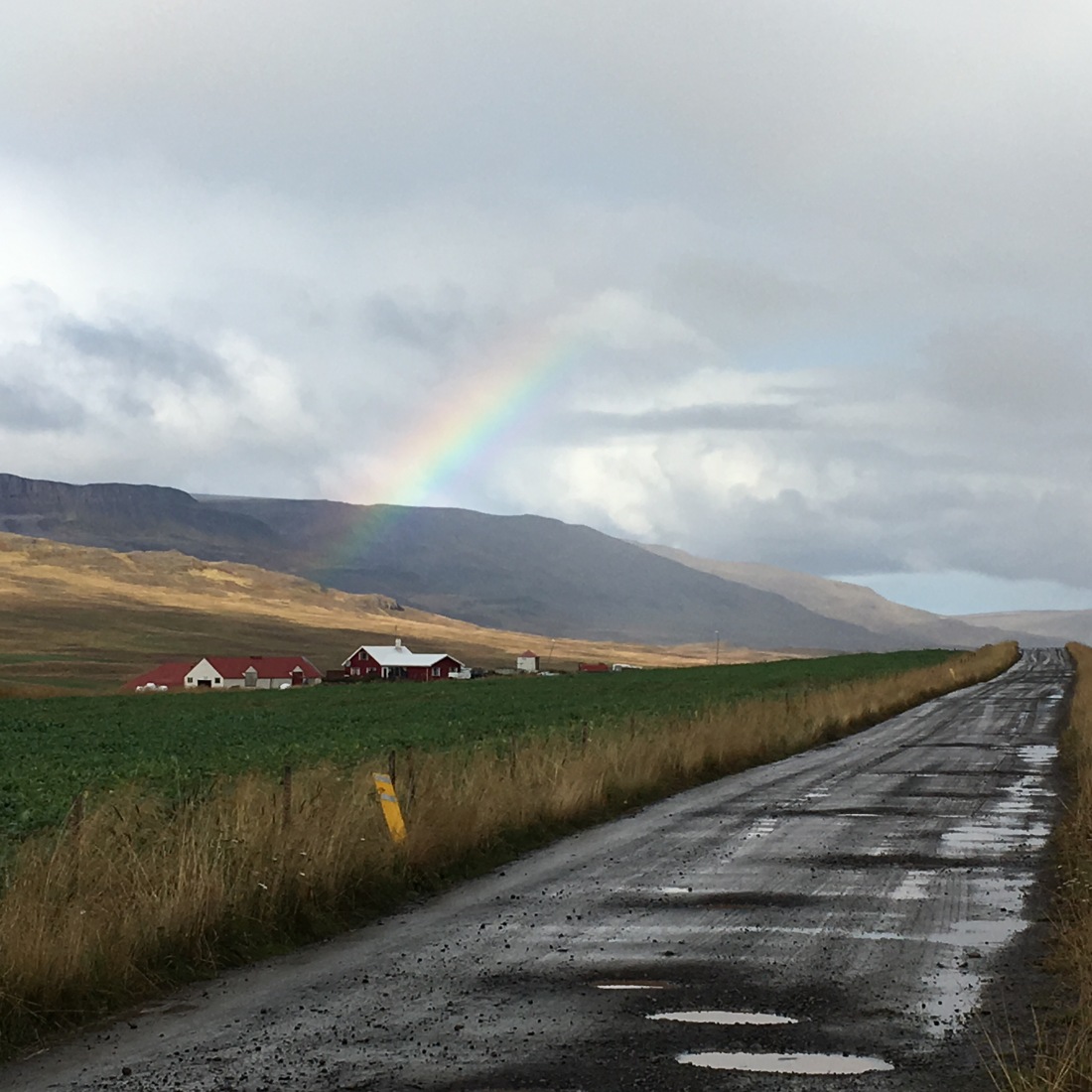 Leaving The Ring Road that circles the country, we headed up the stunning east coastline of the Westfjords.   After nine hours of driving, we were finally in the small fishing town of Holmavik. 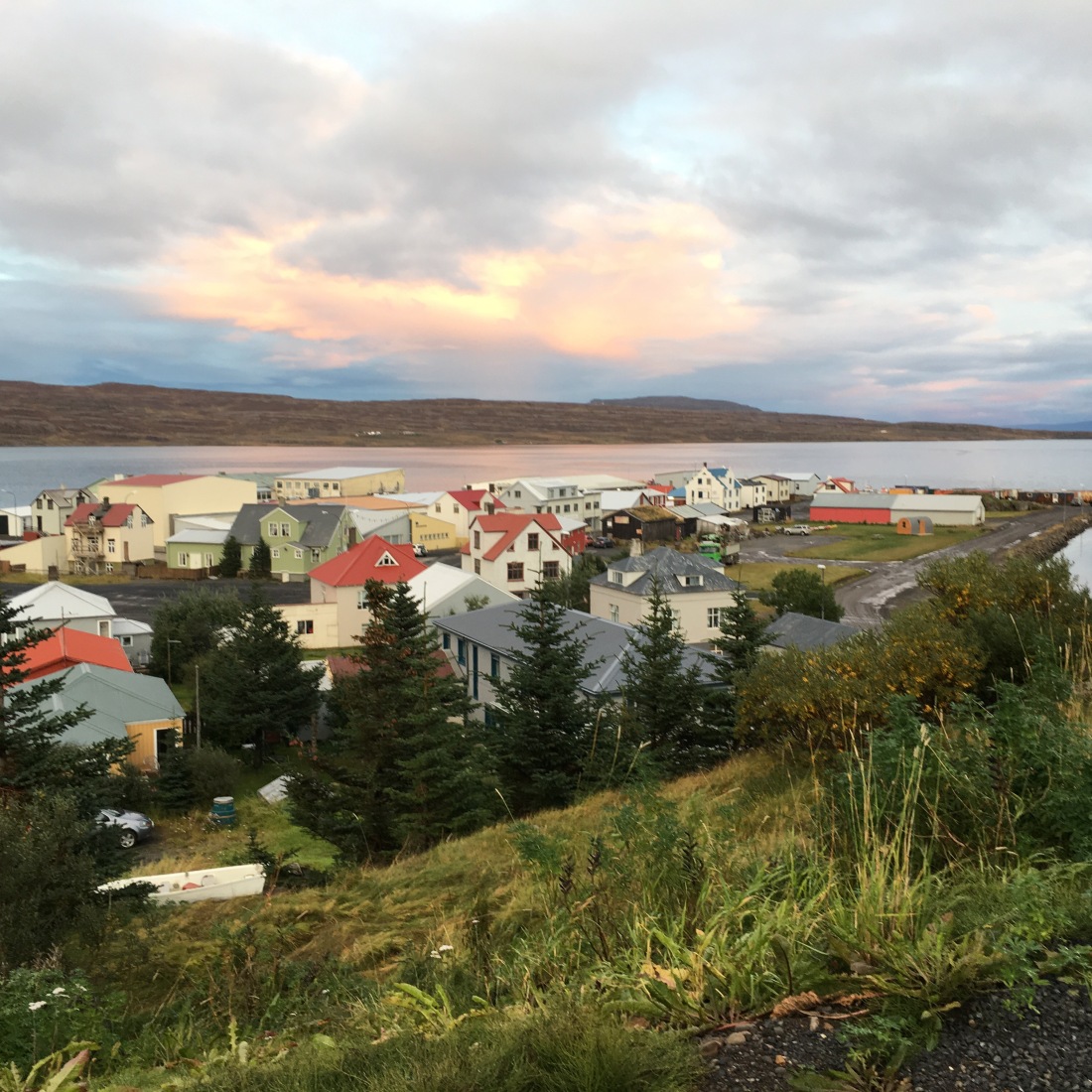 Though we thought we had planned well, it turns out that we had been given some misinformation.  I should have known since every time I googled the town the top piece of information is about the Witchcraft and Sorcery Museum. Yikes!

Turns out that the  tourist season here ends August 21.  All but one restaurant had closed; it was the restaurant that was attached to the Witchcraft museum, and it had limited hours.  The laundry service we’d been promised (having brought a week’s worth of dirty clothes) never was a possibility.  Finally, in this remote town it appeared we were the only guests in the hotel.  It was all rather creepy.  I think it was that Witchcraft museum.

At least we had good internet.

After agonizing over what to do, we decided to stay the night and find another place to stay tomorrow.  That being said, we also had to agonize where in Iceland we wanted to travel to next.  I guess agonize and travel in Iceland don’t really go together.  After all, it is Iceland.  It’s all beautiful!

We went down the hill to the lovely grocery store and bought some provisions for a picnic dinner in the room.  Then as the sun set, we took a walk to the local church.  The steeple, I’m afraid, looked like a witch’s hat, with a cross on top.

Tomorrow we’ll drive some more through the Westfjords and to a place that will be back near the Ring Road.  We’ve decided that for the rest of our stay we’ll cut back on driving so we’ll have more time for stopping and exploring.  And laughing, too.  And, oh yes, doing laundry. 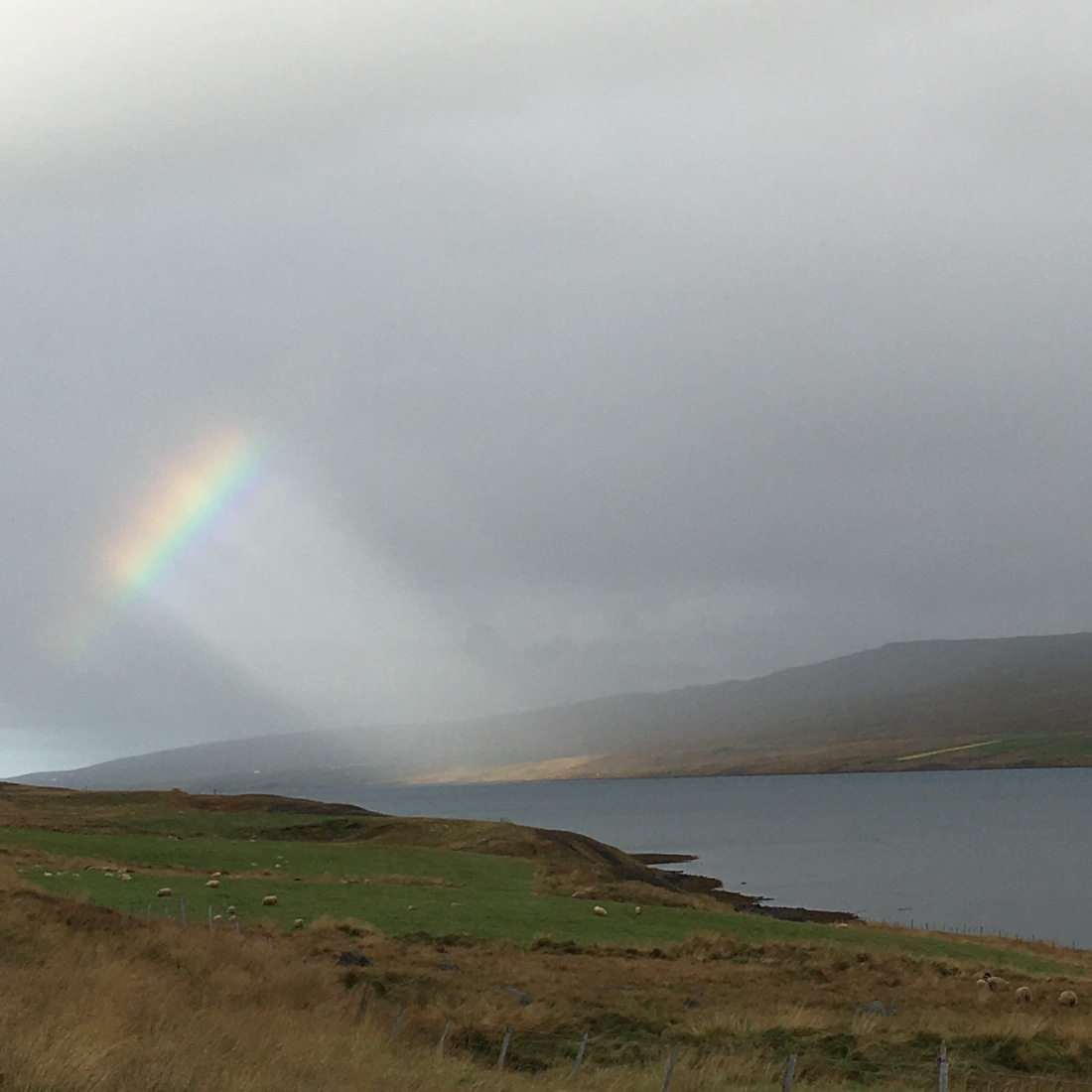 One thought on “The Wild Westfjords”