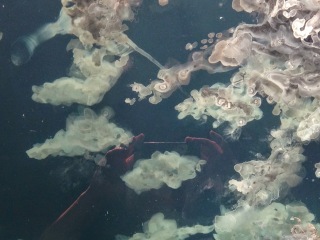 At the tomb II

His offering made us see what could be done
With flesh and blood.  First we had eaten from
His gestures–wine and bread–and what we’d been
Was gone.  We knew that we belonged to him.
Then, waiting with our grief beside the tomb,
We were made humble, our faces wet.
We wanted his return, we wanted him,
The way he made our truth immediate.
But he was gone, and what would happen now?
We felt the loss that he’d inherited,
The loss we’d given him, that pierced him through.
There, we were bound by all that wasn’t said.
And, finally, realizing what was known,
We closed our eyes, and saw him rise through stone.
Kim Bridgeford, quoted in  Christian Century,  April 2, 2014