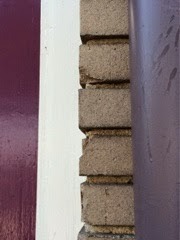 (A little introduction is required by way of rereading yesterday’s blog, please…….)

The journey to Savannah, Georgia, and my vacation, or is it retreat, on Tybee Island continues:

Yesterday at the airport, after five hours of waiting for a plane, just as I was leaving the terminal to walk to the gate where my detour flight to Columbia, South Carolina was boarding in about an hour, I heard announced, “The 9 AM flight to Savannah is now boarding.”
I raced to the gate where my United agent friend was standing. “Can I change my ticket back to my original flight?”  Of course!  As he hurriedly typed in my sixth boarding pass for the day, I asked him what had happened. He gave me a big smile and said, “It’s a miracle!”
I still don’t know exactly what happened, except that they finally found a crew and that the plane itself probably needed to get to Savannah or a bunch more flight dominoes were not going to fall.
The kind agent had seated me in the exit row (woo hoo!), and once we finally took off, except for some bumps, it was an easy flight.
I thought about the twists and turns of the day–all too frequent, it seems, when I try to get to the people who are important in my life (last week my road trip to see my mom for her birthday had to be cancelled because of icy roads). As I listened to the playlist that contained the songs that the folks in my small group at the Daring Way conference had shared as the music that helps them be courageous, I found myself tearing up again and again–tears being the sign of the presence of Christ, after all.
I thought about the kindnesses I’d experienced in the twists and turns of the day. A friend who graciously detoured three times on her own long road trip from the mountains of Georgia to Savannah no to Columbia no back to Savannah.  Two gate agents who with humor and care had done their best to make a bad situation better.  Of smart phones and apps which made things a little easier.  Of knitting and music and interesting things to read. That I knew that eventually I’d get to where I needed to be.
I remembered earlier in the day when I’d offered the gate agents a blessing and we’d had a brief, public theophany.
And then when I landed in Savannah later than planned, but still with time to walk the beach before dark, an email from United with a big apology and a $50 credit towards my next flight.
A miracle indeed. 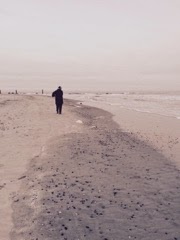