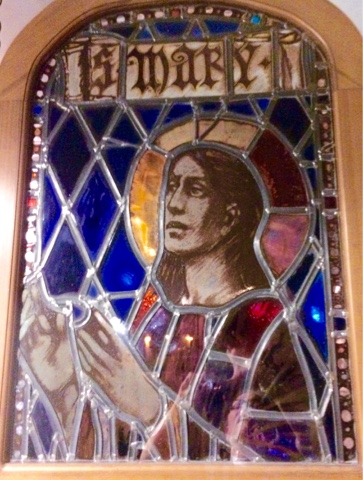 Serving in a parish called St. Mary’s, the Feast of the Annunciation is a particularly Holy Day.  Except this year, rather than being celebrated on March 25 ( nine months to the day before Christmas), this year, because of Holy Week and Easter, Mary has to wait until April 4 to hear from the angel Gabriel.
It is a rare congruence of chronological time when Annunciation and Good Friday share the same calendar day. Only two times does it occur in the twenty-first century, and this week is the final occasion until the next century.  The juxtaposition of the uncertain, unexpected possibility of divine incarnation held beside and with crucifixion and death is a place of pondering for me this Holy Week.
When this occurred in 1608, the Caroline Divine (priest and poet during the time of King Charles), John Donne, was inspired to write the following poem. It was introduced to me the last coinciding of these two dates in 2005 by a dear woman in my parish, Julia Rich.  I return the gift and share it this Tuesday in Holy Week.
Upon the Annunciation and Passion Falling upon One Day. 1608
Tamely, frail body, abstain today; today
My soul eats twice, Christ hither and away.
She sees Him man, so like God made in this,
That of them both a circle emblem is,
Whose first and last concur; this doubtful day
Of feast or fast, Christ came and went away;
She sees Him nothing twice at once, who’s all;
She sees a Cedar plant itself and fall
Her Maker put to making, and the head
Of life at once not yet alive yet dead;
She sees at once the virgin mother stay
Reclused at home, public at Golgotha;
Sad and rejoiced she’s seen at once, and seen
At almost fifty and at scarce fifteen;
At once a Son is promised her, and gone;
Gabriel gives Christ to her, He her to John;
Not fully a mother, she’s in orbity,
At once receiver and the legacy;
All this, and all between, this day hath shown,
The abridgment of Christ’s story, which makes one
(As in plain maps, the furthest west is east)
Of the Angels’ Ave and Consummatum est.
How well the Church, God’s court of faculties,
Deals in some times and seldom joining these!
As by the self-fixed Pole we never do
Direct our course, but the next star thereto,
Which shows where the other is and which we say
(Because it strays not far) doth never stray,
So God by His Church, nearest to Him, we know
And stand firm, if we by her motion go;
His Spirit, as His fiery pillar doth
Lead, and His Church, as cloud, to one end both.
This Church, by letting these days join, hath shown
Death and conception in mankind is one:
Or ’twas in Him the same humility
That He would be a man and leave to be:
Or as creation He had made, as God,
With the last judgment but one period,
His imitating Spouse would join in one
Manhood’s extremes: He shall come, He is gone:
Or as though one blood drop, which thence did fall,
Accepted, would have served, He yet shed all;
So though the least of His pains, deeds, or words,
Would busy a life, she all this day affords;
This treasure then, in gross, my soul uplay,
And in my life retail it every day. 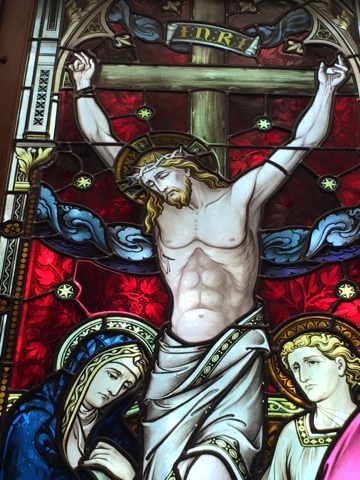 One thought on “Upon the Annunciation and Passion Falling upon One Day. 2016”