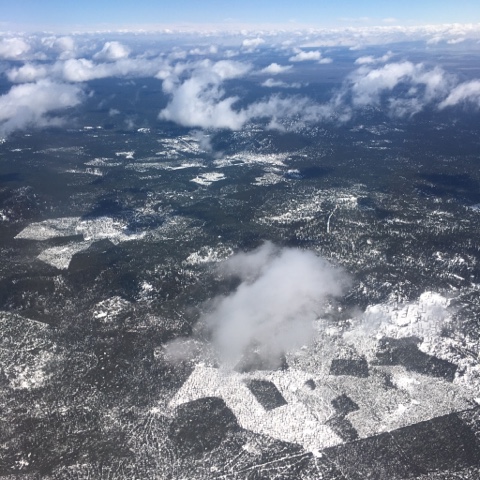 It’s a gorgeous day in San Francisoco and I’m on the way to Oregon for some Grandboy time.

When I got on the plane, a flight attendant was in my seat eating a pizza. The plane that goes to Redmond is tiny–cramped and old, but it gets me where I want to go. I’ve traveled this route often enough that I’m beginning to recognize the crew on this little run, so the familiar flight attendant and I engaged in some delightful banter as she left my seat and went to help the other attendant.
Did I say the plane was small?  The only seat with any legroom is the bulkhead, and if you opt for that better seat, there’s no place to store your small carry on items (like a purse) either under the seat or above the row because of medical and emergency items that have to be kept in the bin directly overhead.
A couple got on after me and were very irritated that there was no place to store their items nearby. The man’s seat was next to mine in the bulkhead, and his partner’s was across the aisle. They both appeared to be distressed already when they boarded, and the man became very angry when he saw that he couldn’t store his items conveniently.
The woman began to chew the flight attendants out, and then the man launched into an angry tirade, demanding that emergency items be moved so they could store their belongings. When the flight attendant kindly explained that they needed to remain there for safety reasons, the man began to yell at the flight attendant and demanded her badge number.
Clearly something was amiss. Clearly this was all out of proportion to the event at hand. I began to pray.
I gave the woman who was with the man my seat so they could sit together. The couple calmed down but they continued to look like something hard was going on in their lives.
I see too many people these days whose anger is out of proportion to the event at hand. I see too many people who are afraid, attacking others who have no responsibility in that fear.  I see people running for elected office using anger and fear to garner support. It’s troubling to me.  It’s makes me sad. I try to remember to pray.
In Scripture, Jesus only gets angry in response to people’s actions that are contrary to God’s will–like when people who consider themselves holy don’t act with mercy or kindness; like when people take unnecessary advantage of others’ needs for personal financial gain.
God knows I’ve gotten angry at some small event when that’s not what’s really bothering me. Maybe on this Easter Tuesday we can pray that peace and mercy and kindness can overcome misdirected anger. Maybe, as the Psalmist wrote, love and mercy and truth can meet, and peace and kindness can kiss each other, and make it all better, in Jesus, the Resurrected’s, name. 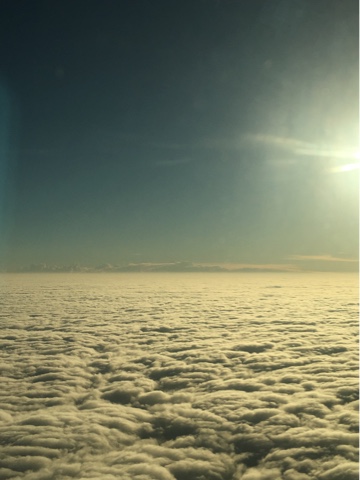 One thought on “Easter Tuesday in the air”